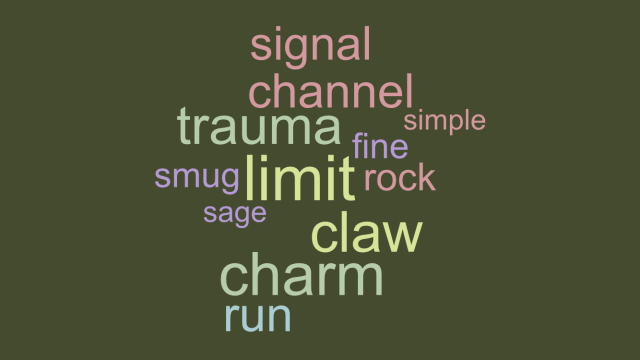 The signal came over the radio channel, it’s meaning clear to those who knew. Their resources had been stretched to the limit but the make-shift trauma unit been their home base for several months. A simple burst of static had changed all that. Persephone and the other dragons had dug through the fine rock of the cave opening to reveal the large inner cave.

Persephone shook her great head, they had become so smug, thinking themselves safe within their hide when the company’s Sage had cast her concealment charm. But now it was over. Now they must run. Run back to the war, to fight with fang and claw, against sword and pistol. Persephone stopped her musing as Marxine, her human rider, checked her fighting harness as she settled behind Persephone’s dorsal ridge. She raised her sword giving a battle cry, Persephone roared out her answering challenge and with the beat of her powerful wings, they were aloft.

5 thoughts on “Time to Run – a Wordle Story”