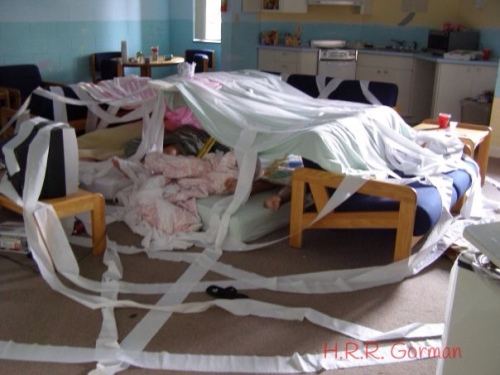 For Flash Fiction for Aspiring Writers 201, do check it out and join in the fun.

The mummys tomb was dark and damp. Joe had finally rescued Ted from where the Mummy held him captive, having already begun the dastardly process of mummifying Joe’s closest friend. Joe remembered the chase, Ted slung across the Mummy’s shoulder wrapped in the gauze bindings that held him motionless and silent. When they had finally stopped, Joe found a tiny hidey hole, too small for the Mummy to fit into and once he had freed Ted from the magic bindings, they had collapsed there and slept the sleep of the dead. Joe began to stir, there were sounds outside the hole where they lay hidden …